Once again we received the invitation for the MLA grazing Club Lunch. These lunches are held several times throughout the year for chefs to try different cuts that MLA is promoting and educating about. The venue for lunch was  Restaurant Balzac in Randwick. Restaurant Balzac is a 2 Chef Hat restaurant run by Chef/owner Matt Kemp and his partner Lela Radojkovic.

On this occassion MLA were showcasing their Beef Masterpieces. Beef Masterpieces are cuts of meat that for one reason or another have become less popular with beef consumers. They were once referred to as secondary cuts, and are generally cheaper than the more popular cuts(scotch/cube roll, tenderloin, ribs etc). They can be just as tender with the appropriate cooking method and have a whole lot of flavour.

So to the menu and some photos….

The canape on arrival was hot

Smoked brisket Pastrami and Pickles Roll. The Pastrami is done in house by Matt and the Bazac kitchen brigade. This came with a specially brewed beer called Prime that was brewed to match perfectly with beef. Unfortunately I don’t drink beer so can not give a personal appraisal on it. But the Boss liked it.

Corned Bavette with a salad of Brussels Sprouts and Roast Potato 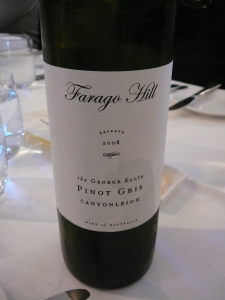 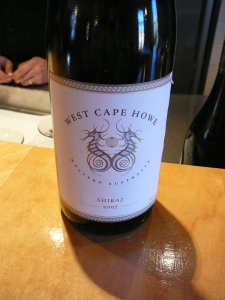 All very delicious and used greatly under utilised cuts of meat, yes even the dessert, which used suet that they render themselves.

I would like to thank MLA for another great Grazing Club Lunch and a big thanks for the fabulous food and service  to Matt Kemp and all the Balzac team !!