Today I had planned to hit the Oedo Antique Market at Yoyogi Park. I am guessing they got a message about the weather that I didn’t and it was called off.

On a good note though there was an Okinawan Festival on. Lots of Okinawan food and beverages. 3 stages with music or chats, demonstrations etc. So I decided to hang around as I have long been fascinated by Okinawa.

My first exposure to Okinawa was “the Karate Kid II”. Sadly only small parts of that movie were actually filmed there.

On the main stage they were gearing up for performances and when the rope came down I grabbed a seat. Shortly after music started and so did the traditional drums. So loud but so exciting. I am a little embarrassed to say that I was so excited my eyes leaked a little(ok quite a bit, happy and excited remember). The big dog/lion even bit my leg as he danced past.

Those drums and the performance were totally amazing.

I watched about 45 minutes before the drizzle stepped up the pace and then I wandered around the food area, tried a citrus cocktail drink, refreshing, then went decided to give taco rice a try. Followed later by an Okinawan doughnut. 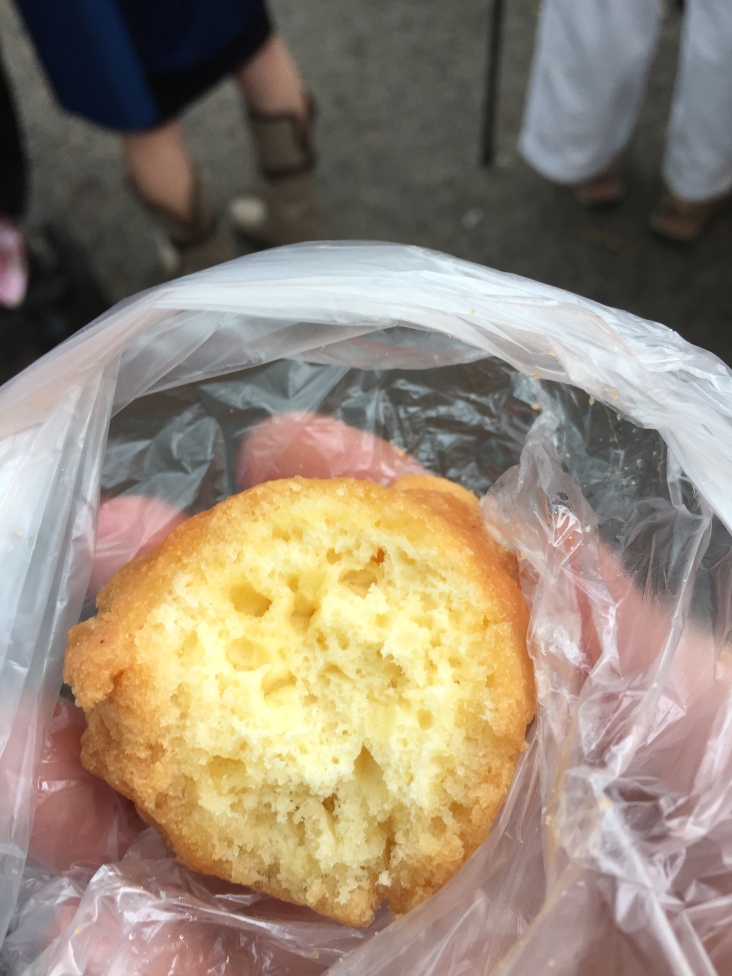 Then I had a walk through Yoyogi Koen. Some parts were like walking through a forest, and the rain made it more magical. Despite the location this park is so quiet. Apart from the crows, they seem to keep telling me the same thing…..hurry up and learn more Japanese.

Then a stroll down Omotesando back to Aoyama. So busy in spite of the rain, I only bothered with 3 shops the whole length of the street.

The rain had picked up I took that as a sign to head back to the hotel. I managed to get a table for dinner at TY Bis one of the restaurants in the hotel. Stay tuned for my dinner report in Part 2.

Thanks for dropping by!!