Don’t you just love getting a text for an evening out.  I received a text from Rene that Simon Goh was inviting us to the Gourmet Traveller and Sassy’s Red Event. Having seen the ad for this event in the recent Gourmet Traveller magazine it was a thrill to get invited to attend. Simon and Rene met through a shared passion for watches. Having met many watch fans over the past few years it has become apparent that not only do they love watches but they also love food.  If you look at any of the watch forums and blogs, the quantity of food photos is much the same as watch photos.

I rushed home from work to get ready for what was to be a great night out.

Located on level 5 of Westfield Sydney, Sassy’s Red is named after one of Simon’s favourite jazz chanteuses, the divine Sarah Vaughan, nicknamed Sassy.  Sassy’s Red provides a modern take on Malaysian street food. At the same time Sassy’s Red manages to be both modern with a touch of nostalgia and comforting, harkening back to times when life was a little less frenetic. Sassy’s Red is also meant to be like your favourite cool Aunty back in the 1970’s, mine was often travelling.

We were early so got to have a chat with Simon before the evening kicked off. First up was a fabulous cocktail featuring Bundaberg Five rum.

Apologies for the photos, in my excitement I forgot my camera and had to rely on Rene’s Iphone.

Our first course was a combination of three items: 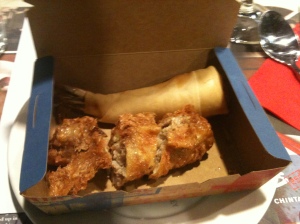 We fogot to take photo of the roti with curry as it was so delicious it got eaten before we took a pic. However Simon gave a demonstration of how roti is made……. 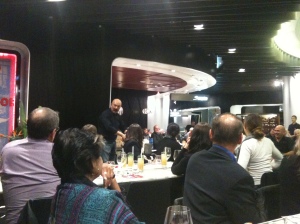 Dessert was either Sago Gula Melaka or Bo Bo Cha Cha (I got the Sago). Sago used to be something I never ate as our nickname for it when we were kids was frogs eyes or frog spawn. Now I love it, even made my own version as the dessert of the day at work and we sold out! 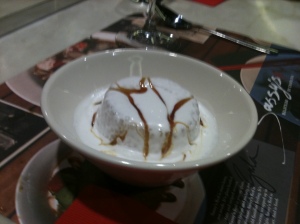 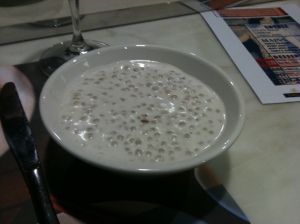 And an exciting thing (for me anyway), the wonderful Carol Selva Rajah was seated beside me!! If you don’t know who Carol is, she is the doyenne of Malaysian cooking in AUstralia. A well known chef and writer of wonderful cook books. Check out her website carolselvarajah.com.au. This wonderful lady also does food tours to show where to get those hard to find ingredients when you wish to make your own Malaysian or Asian feasts.

Thanks for dropping in for a look! We are shortly off to Hong Kong and Macau for a holiday so will have some stories and photos to share when we get back, catch you then!